Electronic quartet Metronomy are due to return this year with a brand new studio album The English Riviera, but first they have served up a small bite of what's to come with She Wants, a delicious dark and funky synth pop tune with a creepy video to boot.
The English Riviera is Metronomy's third album and is the follow up to 2009's very awesome Nights Out.
She Wants is released on January 28th in Ireland and January 31st in the UK.

A couple of days ago Memory Tapes revealed a brand new studio track from his forthcoming studio album through a compilation called Love SIC Disco, available for free on The Guardian UK website. Love SIC Disco itself is a cool 18 tracks and the new Memory Tapes track, Today Is Our Life really glimmers above most on the album.
The video was released yesterday and it was put together by Jamie Harley who is also responsible for some videos from Twin Shadow and Memoryhouse. Today Is Our Life is a cleverly constructed collage of footage from the 1920's and 30's, all brilliantly layered to give that trippy kaleidoscope affect.
After taking a touring break to concentrate on various remixes, including the fantastic rework of Babe, Terror's  Havai, it's good to know Dayve Hawk aka Memory Tapes also has a new studio album due later this year.

Memory Tapes : "Today Is Our Life" from Jamie Harley on Vimeo.
Posted by The Noises In Our Heads at 10:30 No comments: 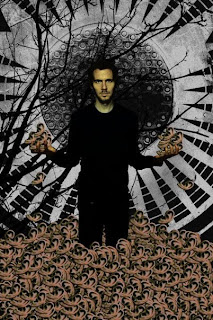 Ahead of his Button Factory gig on February 4th, Clark has just dropped a brand new MPC DJ mix on us. It was broadcast on 6Music last week and he now put it up on Soundcloud for us all to enjoy! As quoted from the Warp Records website Clark says of the mix:

"So I thought I was just innocently putting some of my favourite dancefloor material together for DJ sets, then found out via dirty wildfire rumors in Berlin, that all of a sudden I had a "secret side project going on", I was collaborating with Chicago Jack-House legends such as Waxmaster Maurice and DJ Hyperactive. Haha. "That could be ace" thought I. So without a few artists consent I decided to collaborate. Collaborations are always best when you sneak in from the side and shadow-box peoples tracks so they end up having a signature of your own.
A lot of that material is so deliciously stripped that it proved ripe to be embellished with the analogue machine-funk I was riffing out in the studio at the time.

There we go. Boom. Hope you enjoy it."

Listen to Faris Badwan from The Horrors new side project Cat's Eyes. 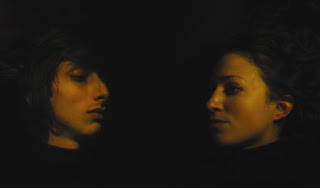 The Horrors have always been an impeccably cool band, but they were seen to be more about style than substance before the release of 2009's Primary Colours album. Their debut Strange House was their effort at modern garage rock while Primary Colours gave them the "hip" status and recognition with the taste makers, as well as earning them a Barclaycard Mercury Music Prize nomination.
Lead vocalist Faris Badwan however has decided to take a break from his band mates and the advantageous position The Horrors are now in to form a new project with Canadian classical musician Rachel Zaffira, called Cat's Eyes. They performed their first gig in St. Peter's Basilica in The Vatican City last month and you can see some of the footage below.
Cat's Eyes are releasing their debut EP in February and an album in April but if you head over to www.catseyesmusic.com you can get a gorgeous download of Not A Friend from the duo.
The track itself is delicate with an alluring edge and is slightly reminiscent of the Beach Boys classic God Only Knows even without that intention. Not A Friend is definitely worth the download whether you are a Horrors fan or not.
Posted by The Noises In Our Heads at 17:41 No comments:

So 2011 is the year we lucky people finally get to hear a full length release from Scottish rockers Twin Atlantic! The first taster from the album is new single Edit Me, three minutes of good solid rock which goes to prove that this band have more than another mini album in them. Earlier this week Twin Atlantic revealed that their new album titled Free, shall be released sometime in April, but in the meantime wrap your ears around Edit Me which get's it's official release on February 11th.

While many artists have attempted to cover various Neil Young songs over the years and some very badly (I'm looking at you Tori Amos and Duran Duran), it's always quite a treat when someone gets it right. Last month Laura Marling released a version of The Needle And The Damage Done and it's superb.
The track was produced by Jack White who seems to have a great knack for producing quality country rock tracks and the video is also a very nice and clever animation by Redman and Sasufi. Enjoy!

Posted by The Noises In Our Heads at 10:52 No comments:

Video: Gorillaz Feat. Snoop - Welcome To The World Of The Plastic Beach

The mighty Snoop teamed up with Gorillaz earlier this year for the intro song on Plastic Beach, with Welcome To The World Of The Plastic Beach and they have just released the video to it. Snoop is on Plastic Beach and looks quite dapper in this top hat and embellished tail coat but I don't think you could expect anything less.

Posted by The Noises In Our Heads at 14:09 No comments: